Influencer marketing is becoming a common strategy for most brands. Marketers are putting more money into paying influencers to upload pictures or videos of themselves using their brand’s product. This method of advertising is very effective. In a 2018 study, it was discovered that influencer marketing generated 11 times as much ROI as traditional marketing.

Fashion Nova is one of the main brands known for their powerful influencer marketing. No one can talk about the retail brand’s success without talking about how influencers played a major role in it.

Just within eight years since it launched online, Fashion Nova has gotten over 20 million followers on Instagram. In 2018, the brand beat other top fashion brands like Chanel and Louis Vuitton to become the most searched fashion brand of the year on Google.

This success is phenomenal because Fashion Nova didn’t use all the traditional advertising methods. They didn’t use SEO so people could discover their site when they put in some search terms. They also didn’t include pictures of their models in magazines or organize runway shows.

So, what made them so popular that millions of people were searching for the brand on Google?

Here, we’re going to take a look at how Fashion Nova utilized Influencers to build one of the biggest global brands.

Fashion Nova CEO Richard Saghian did a remarkable job of growing a loyal customer base. When he still ran the brand as a clubwear store in Panorama Mall, Los Angeles, he related with his customers when they came to shop in his store. His goal was to build over 100 brick-and-mortar stores across the United States. However, he discovered that people were selling his outfits online at higher prices. So, he decided to move online. He realized that going online would help him reach various countries around the world.

Going online made Fashion Nova even closer to customers. Saghian’s belief that every customer is an influencer has allowed the brand to make millions in sales. When customers between the ages of 16 and 35 wear the brand’s product, upload pictures on Instagram, and tag their friends, they are given the title #NovaStars or #NovaBabes.

By uploading pictures on their Instagram profile, they serve as influencers, showing their followers (no matter how many) that they can look good in Fashion Nova outfits. This prompts more people to check out Fashion Nova’s page on Instagram and check out their website to find products they like.

Fashion Nova also interacts directly with customers on their page. They post images of #NovaBabes on the page every day and tell others to upload images of themselves in Fashion Nova outfits and tag the brand for a chance to get featured too. By doing this, customers can gain exposure on their Instagram accounts and gain thousands of followers in a day. Most people don’t want to miss this opportunity. They hurry to shop on the brand and take pictures so they can also be featured on the page.

Why does celebrity influencer marketing work?

By uploading pictures of themselves in Fashion Nova outfits, people let go of the stigma that only poor people should wear Fashion Nova. If rich people could save their money by putting on an affordable brand, why can’t they?

Many customers say they discovered Fashion Nova from one of their favorite influencers.

Apart from Cardi B and Kylie Jenner, Fashion Nova has also paid celebrities like Nicki Minaj, Khloe Kardashian, and Megan Thee Stallion to wear their clothing.

The brand investment in both major and micro-influencers has led to a massive growth of the company. They have over 3,000 people on their influencer network, now regarded as an Instagram brand.

Apart from paying celebrities to wear their clothing, Fashion Nova has collaborated with some of them on the designs. The first-ever celebrity the brand ever collaborated with was Cardi B, in 2018. They had a second collaboration in 2019, which made $1 million in 24 hours. They also released a collection with Megan Thee Stallion in 2020 that made over $1.2 million in a day.

People want to wear what their favorite celebrities are wearing. They want to see if they’ll look as good in the outfits too. Ultimately, they want to look good, take pictures in these outfits, and upload them on Instagram. By partnering with celebrities, Fashion Nova brings thousands of new customers to shop on their site. And according to Richard Saghian, about 75 percent of people that shop on the site once return to shop again at a later time.

Fashion Nova has been able to maintain a strong influencer marketing strategy since the brand launched online in 2013. They take regard their customers as influencers, communicating with them, and encouraging them to upload pictures on their Instagram pages with the hashtag #NovaBabe. The brand also pays major influencers and celebrities and has released three collections that sold over $1 million in hours. 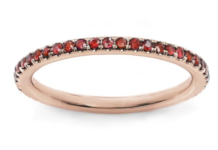 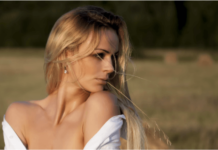 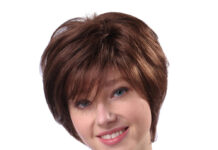 8 Things You Should Never Cheap Out On

Get perfect eyebrows in a few steps

How to Exfoliate Properly

What Can Eucalyptus Oil Do For Your Tresses?

Tips for choosing a hat